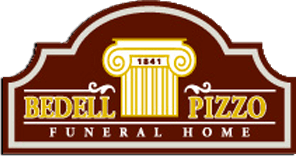 Copy the text below and then paste that into your favorite email application.

We are sad to announce the passing of Irene Ryan at the age of 61 on January 18, 2023. She passed peacefully, after a long battle with cancer at Samaritan Hospice surrounded by loved ones.

Irene was born in Brooklyn, NY on November 27th, 1961 to Paul Jensen and Ann Johnson. She grew up in Staten Island, NY, and graduated from Tottenville H.S. Irene’s love of life showed in many, many ways. She always made others smile and wanted to be in her company. Irene would light up the room she entered. The simplest of pleasures in life brought her great joy. She was also an outstanding pet rescuer of countless cats and kittens and brought many into her own home. Irene and her husband Doug would travel endlessly on their motorcycle as near and far as they could possibly go. Irene is survived by her loving husband Douglas Ryan, father Paul Jensen, younger siblings David Jensen and Diane Cuzzolino, brother-in-law Nicholas, sister-in-law Jennifer, stepsons Doug Jr. and Grant, nieces, and nephews Jamie, Jacquelyn, Nicholas, and David and her daughter Brittany D’avino and extended family and friends. Irene will be dearly missed and will forever hold a place in our hearts.

To order memorial trees or send flowers to the family in memory of Irene Ryan, please visit our flower store.